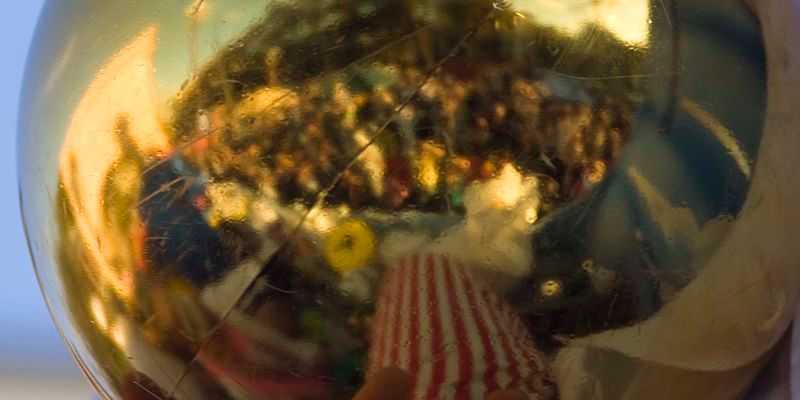 New Orleanians have had to question the culture of Mardi Gras many times in the past. After this year’s Carnival, it is clear that a revolution is brewing. This revolution comes as a combination of outstanding local support and new rules which aim to limit waste and promote sustainability at Mardi Gras. Specifically, a ban was placed on the throwing of plastic bags, so krewes can no longer throw bags full of beads. And krewes are also being asked to only throw thin, biodegradable toilet paper if they choose to do so.

The growing concern for Mardi Gras sustainability has been spurred by many factors, one being the massive “Bead bomb” that erupted in the French Quarter in 2019. The methane explosion that occurred in the city’s congested drainage system was caused by massive amounts of plastic beads, cups and other garbage. Manhole covers were launched, which caused power outages and a car fire. This event was a wake up call for many as to how our conventions and practices can affect our environment. In considering the massive amounts of trash that amass in the city and in its sewage systems each year, stronger measures should be taken going forward to evaluate and adjust the wasteful aspects of Mardi Gras.

The traditions of Mardi Gras are already being questioned in many ways throughout the New Orleans community. For example, on Tulane’s campus, the removal of the “Bead Tree” was a wakeup call for how our actions can affect our surroundings. For years, it was tradition for Tulane students to toss some of their beads into the “Bead Tree” after attending Carnival, hoping that one would land. The beads would stay in the tree for months on end, and served as a constant reminder of New Orleans’ favorite time of year. However, there were consequences to this ritual. The tree had been slowly damaged by plastic beads for years before extensive termite and lightning damage prompted concerns about its safety. The Bead Tree was removed in 2019, and was replaced by the “Bead Three.” The steel tree with branches was erected on the Gibson Quad and will function as a metal replacement to the Bead Tree. The necessary uprooting of an important Mardi Gras tradition should prompt us to change our perspectives about how even our favorite practices can have noticeable, negative effects.

Efforts from the New Orleans community have been paramount in changing our collective mindset about a more sustainable Mardi Gras. One New Orleanian that has gone above and beyond in his efforts to change the wasteful culture of Mardi Gras is Brett Davis. Davis is the director of Grounds Krewe, which is a non-profit organization aimed at promoting waste-prevention and sustainability at New Orleans events.

Davis works with Arc of Greater New Orleans to recycle donated or collected beads and other throws. ArcGNO, which employs locals with intellectual and developmental disabilities, works with Grounds Krewe throughout the year. Previously, ArcGNO has helped Davis to recycle 190 tons of throws, with 40 tons already taken as of early March. Beads are then sold back to krewes through Arc’s website.

Grounds Krewe is also involved in the creation of reusable throws. For this past Mardi Gras, Davis started working with different recycled materials and reusable items. He experimented with biodegradable materials such as bamboo and palm tree seeds as alternatives to plastic beads.

Additionally, Grounds Krewe worked with three local producers to create usable food throws. Some of the items included Nola Roast Dark Roast Coffee, Camelia red beans, and Jambalaya Girl mix. Davis also enlisted the help of Arc New Orleans for the organization and distribution of these items. Grounds Krewe and ArcGNO facilitated the creation of  between 16,000 and 17,000 reusable throws for this Mardi Gras.

When asked about the obstacles to furthering Mardi Gras sustainability, Davis says that banning beads is not the next step. Instead, Davis says that we need to throw fewer beads made from different materials. One emergent issue for Davis is the manufacturing price of these reusable throws. However, Davis says that if we change how much is thrown, we won’t have a problem. He also says that our current rate of throwing devalues our experience, and that we tend to ignore what’s being thrown. “We need to challenge our mindset, since higher valued products cost more, you can’t buy the same amount to throw.”

Davis believes that the “Bead Bomb” in addition to the approximately 93,000 lbs of beads recently found in St. Charles storm drains helped to reframe the issue for New Orleanians. Davis said that the issue is no longer limited to the toxicity concerns of the plastic beads. Instead, our waste is creating a public safety issue, costing taxpayer money due to the damage created by recurring flooding and drainage explosions.

In looking at Mardi Gras 2020, Davis is proud of the community’s efforts, and is optimistic going forward. Since more reusable throws were used this year than ever before, Davis sees this as a tipping point for plastic beads. In fact, Davis would be, “surprised if sales for plastic beads will grow after this year.”

In my consideration of how the culture of Mardi Gras can be changed, I spoke with Anne Gisleson, who is a writer and New Orleans native. She also teaches creative writing at the New Orleans Center for Creative Arts. Gisleson recently wrote an article in the Atlantic magazine titled, “New Orleans Needs a Better Way to Do Mardi Gras,” in which she helped further illuminate the effects of the wasteful practices of Mardi Gras.

In her article, Gisleson focused on the destructive “Bead Bomb” and I asked her about some of the larger implications of this man-made explosion. While the methane bomb “should reflect a moment of conservation, it was slipped under the rug” says Gisleson. She added that no one really understands what is going on. On a larger scale, Gisleson says that New Orleanians are scared to mess with their cash cow; the French Quarter. However, she says that these continual sewage issues could be catastrophic for jobs and tourism.

Gisleson recognizes that changing the culture of Mardi Gras will take some time, and there will likely be backlash from the community. The only way she sees an effective move towards sustainability is if grassroots efforts from locals work in conjunction with legislation from the city.

For a new perspective on the changes occurring within the Mardi Gras krewes themselves, I had the opportunity to interview Anne’s sister, Susan Gisleson. Gisleson is a 9th generation New Orleanian and she is a 16 year veteran rider in Muses. She has also designed multiple “officer floats” and signature throws for Muses.

I also spoke with Gisleson regarding the deep connection between the excessive amounts of plastic beads and Mardi Gras. One obstacle to Mardi Gras’ departure from plastic beads lies in the culture of one of its most popular krewes: Endymion.

However, the connection runs deeper. Gisleson pointed out that Dan Kelley, who is the president of Endymion, is also the president of a company called “Beads by the Dozen.” As one might expect, Kelley’s company supplies Endymion with all of its beads. Additionally, krewe members have to buy the beads from Kelley. Therefore, it is in Kelley’s interest to have his riders throwing as many beads as possible. It is not surprising to learn that the Super Krewe’s motto is: “throw until it hurts.”

While Gisleson sees the beads as a massive economy that makes sure bands, float builders, and other essential Mardi Gras workers get paid, she truly believes that we have, “a moral imperative to change how we celebrate.”

While there are many obstacles to changing our ideas about sustainability and Mardi Gras, Gisleson is hopeful. In her lifetime, she has seen the cultural change of the festival firsthand. Gisleson has not only seen changes in what is being thrown, but also in who is throwing. As an early member of the first all-female krewe, she has witnessed an influx of new ways of thinking about Mardi Gras. Gisleson believes that Muses made a meaningful change in the dynamic of Mardi Gras by affecting our perception of who can participate in the festival. She applied this logic to other aspects of Mardi Gras. Just in the past 20 years, Gisleson has been recognizing the often stark changes to Mardi Gras, and has faith in New Orleans’ ability to “reimagine what is already there.”

In Gisleson’s childhood, beads were seen as more of a commodity, as festival-goers would get only one or two. Now, we are almost literally, “choking ourselves with beads” says Gisleson. But her concern lies more in the thousands of beads which are choking our drainage system, our beloved oak trees, and our environment. Gisleson says that in this way, we are “squandering our riches.” Despite this, Gisleson says that the conversation is changing. In her case, she noticed that more people were talking about sustainability than ever before. “The pendulum is swinging or about to”

And now for the question: how will Mardi Gras look in 2021? Unfortunately, the Coronavirus has complicated that question. Yet, according to Gisleson, krewes are already working on their floats for next year, while using extreme caution. Gisleson is unsure of how a “socially distant” Mardi Gras would look. However, she did offer a bit of reassurance: “Mardi Gras is definitely going to happen.”